Our priority is to provide YOU with the best possible service and products. We are humbled by and grateful for the recognitions that we have received as a result of those efforts. 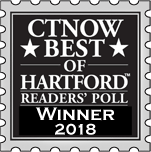 Bicycles East is honored to be the winner of the CTNow Best of Hartford Reader's Poll for 2018, for Best Bike Shop.

Bicycles East has one of the BEST TREK PRODUCT SELECTIONS in Central Connecticut, as recognized by Trek Bicycle Corporation.

Bicycles East has again been named one of America’s Best Bike Shops for 2018 by the National Bicycle Dealers Association. This recognition was created in 2013 and Bicycles East has received the honor in all 6 of the program’s years. This year Bicycles East received a perfect score by the mystery shopper and also received a special award for having been named one of America's Best Bike Shops for 5 consecutive years. The award recognizes outstanding work in the areas of customer service, knowledgeable staff, operational excellence, community involvement, and local and national advocacy efforts.

The review process includes review of a comprehensive application describing what sets the store apart from an average store. Mystery shoppers then evaluated the businesses in more detail by visiting the stores, reviewing their websites, and contacting the shops by phone and email to assess the performance from a consumer’s perspective. The recipients of the America’s Best Bike Shops title not only offer great retail experiences, but are also rated on their support for their communities, as well as support for bicycle advocacy both locally and nationally. 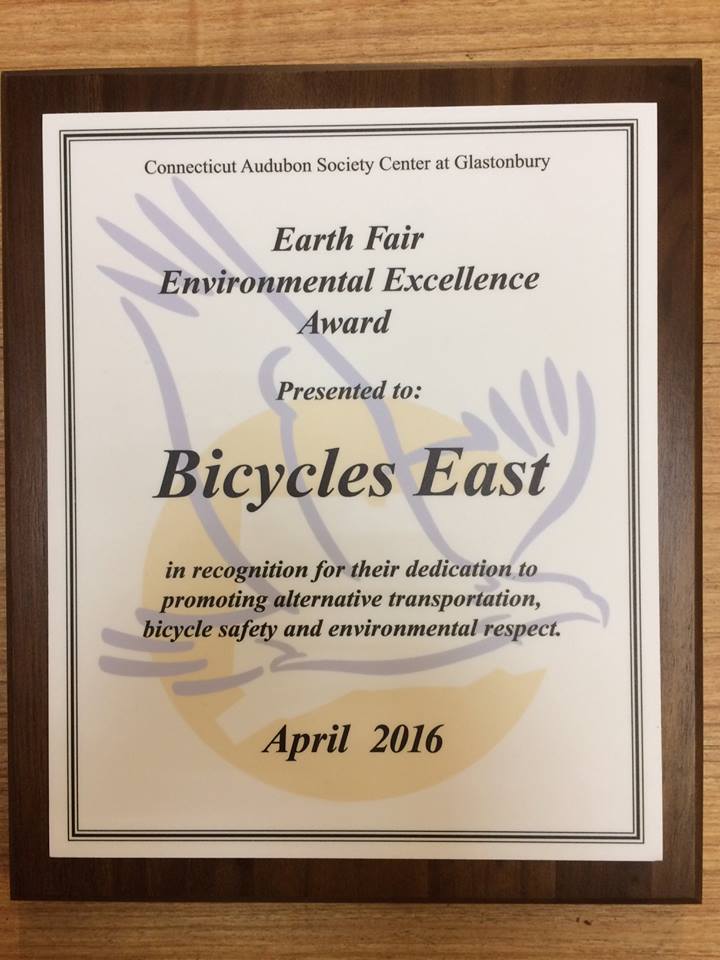 The Connecticut Audubon Center at Glastonbury honored Bicycles East with its Environmental Excellence Award "in recognition for their dedication to promoting alternative transportation, bicycle safety and environmental respect."

Trek Bicycle Corporation honored Bicycles East for our commitment to bicycle advocacy efforts on a local, state, and national level. The One World Two Wheels Game Changer program help to grow cycling in local communities by connecting the work of select bicycle retailers with the leading national advocacy groups—IMBA, People For Bikes, and the League of American Bicyclists so that we call all work together to make our community a better place to ride.

The League of American Bicyclists has awarded Bicycles East their Bicycle Friendly Business silver award. All business may apply for this award - it is not related to being a bicycle business. To be selected, the business must meet requirements related to working with the community on bicycle-friendly initiatives and create an atmosphere and provide amenities that are friendly towards employees and clients who choose to use bicycles as transportation when coming to the business. Bicycles East is the first Glastonbury business, and 4th in the state, to achieve this recognition.